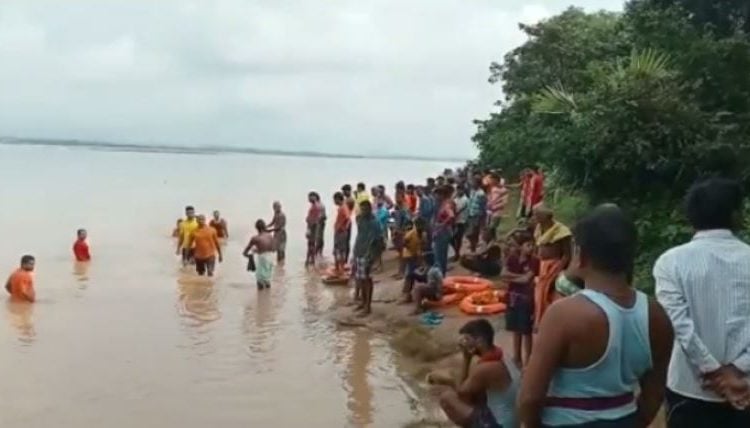 Jajpur: A man goes missing in the Brahmani River of Jajpur district on Thursday. The missing man has been identified as Ghanashyam Sahoo, a resident of Paikarpur village under Jenapur police limits in this district.

According to the reports, Ghanashyam had gone to take bath in the river and did not return home for long. As he did not return for long Anadi Sahoo, his elder son went to the river along with his friends to trace out his father.

Later, they found the footwear of the missing man in the river bank. They immediately informed the Jajpur fire service department about it.

After being informed, the firefighters reached the spot and have initiated and launched a manhunt. However, the missing man is yet to be traced out.

After being alerted about it, Jajpur Police reached the spot. Further investigation of the matter is underway.