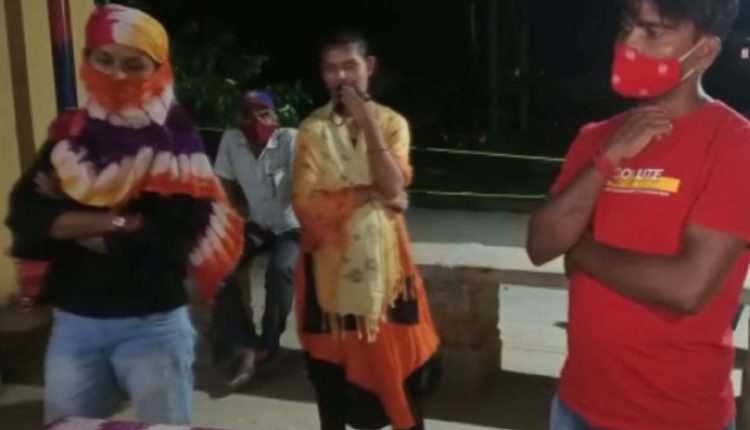 Salepur: A man was detained in the Police Station with an allegation of extra marital affair in Cuttack district of Odisha on Saturday. He was reportedly caught by the locals red handed when was engaged in romance with a girl.

As per reports, Gagan Pradhan of Barua area in Kendrapara district had married Subhasmita about one and half year ago. It was a love turned marriage for both of them. However, today he was caught by the locals with another girl named Jyotirmayee Rani (18) form Gagua area of Kendrapara. The locals then handed over the man to the Police.

After getting information his first wife reached Nischintakoili police station and shouted at him. She also alleged that the man is in relationship with another girl (besides his wife and girlfriend). She had also reportedly complained about her husband’s extra marital affairs at Nikirai Police Station.

On the other hand the man said that he had married Subhasmita only in front of the Notary. He is claiming that the second girl is his wife. Again, Jyotirmayee has said that she was not aware of the fact that Gagan is married. She did not want to give any more statement to the press.

Lost Your Dear One’s To COVID-19? You Can Claim Rs 2 Lakh Govt Insurance; Here’s How