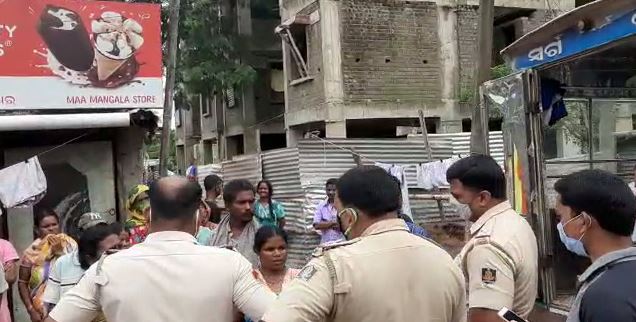 Bhubaneswar: In a tragic incident, a man has been allegedly beaten to death by her wife in Bhubaneswar. The incident took place in Damana slum under Chandrasekharpur police limits.

The deceased has been identified as Sam Mundari of Damana slum area, was working as a cleaner in the Bhubaneswar Municipal Corporation (BMC).

Sources say, Mundari and his wife indulged in some verbal duels and later in a fit of rage Mundari’s wife attacked and killed him last night. The locals on suspicion informed the police today morning.

On being informed, the Chandrasekharpur police along with the scientific team reached the spot and have started an investigation.

Later, the police have detained the accused for interrogation. The exact reason behind the incident is yet to be ascertained.