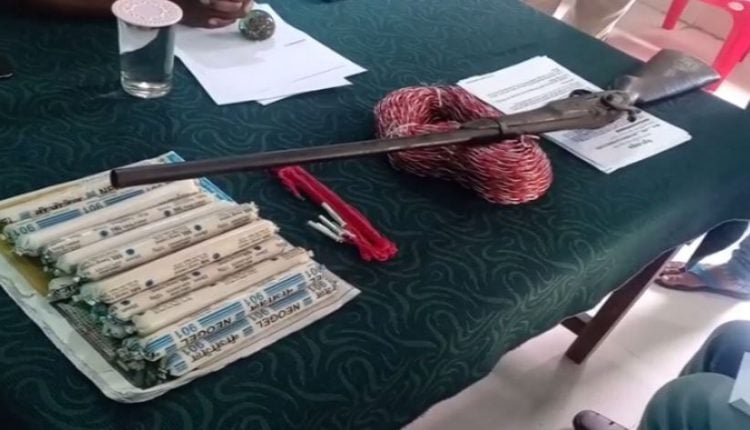 The police also seized one country-gun, five electric detonators, 20 gelatin sticks and other explosives from the possession of the accused, identified as Manga Majhi.

“Acting on reliable information we raided his house but he had left his house. We managed to nab him while he was escaping from his village,” said a police official.

Police said that the Majhi also used to supply essential commodities such as rice and vegetables to the Maoists. “He had escaped during an exchange of fire in recent past. We are further verifying his antecedents,’ added the police official.