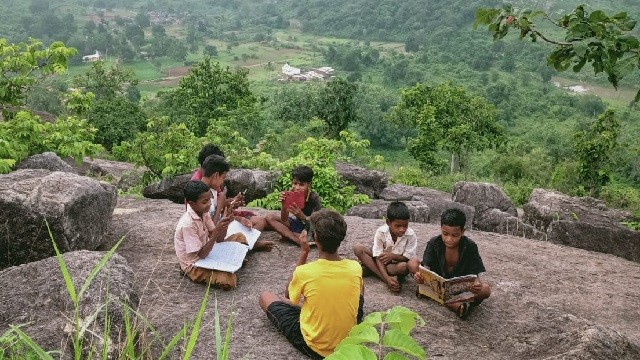 Phulbani: Coronavirus has massively affected all sectors of life across the globe. This has forced the Odisha government to teach the students their lessons online. However, students especially from the remote areas of the State have been deprived of their education due to lack of mobile networks. One such report has now come to the fore from Mardipanka village under Daringbadi Block in Kandhamal district.

According to reports, around 300 students of the area are exempted from online education and debarred from their institution’s learning resources and materials due to lack of communication and the internet.

While some students climb the nearby forest every day in search of mobile networks for their online classes, others prefer to be engaged in different works than complete their studies.

Christmas Celebration to be a low-key affair in Kandhamal,… The locals also alleged that they face different problems during emergencies especially when they have to call the ambulance, fire stations and police for help due to the absence of mobile network in the area.

“This is not the first time that we are demanding installation of BSNL mobile tower in Mardipanka. We have been running from pillar to post since 2017 for their demands. Some concerned officials had visited the area and identified land for the same. However, they are yet to install the mobile tower,” claimed Anangadev Singh, a resident of Mardipanka.

“We request the district administration and the State government to look into the matter and take immediate step for installation of BSNL mobile tower in Mardipanka, so that people of the area would get the benefit, especially the students can attend the online classes,” said Dasarath Bagsingh, another resident of the village.