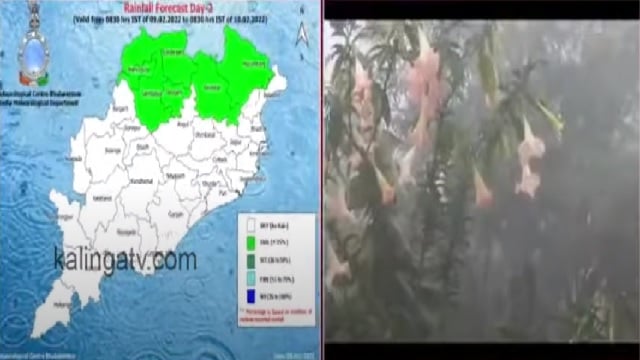 Bhubaneswar: Odisha is likely to witness rainfall from today under the influence of western disturbance, informed the Regional Meteorological Centre in Bhubaneswar.

Reportedly, light to moderate rainfall is likely to occur at in interior Odisha today which is further predicted to intensify from tomorrow across the coastal belts.

It has also been predicted that the State will experience the winter chill again from February 11.

Rain Alert For Next 3 Hours In 9 Districts Including Cuttack…

Rainfall alert to 10 districts of Odisha Including Cuttack…

The weather department has informed that the night temperature will drop from 3 to 4 degrees Celsius from February 11.

It is to be noted that Sonepur, Boudh, Kandhamal, Nayagarh, Khordha, and Puri districts are likely to experience rainfall activities on February 10.

Odisha reports 22 Covid Deaths: 14 from Khordha including 11 from Bhubaneswar