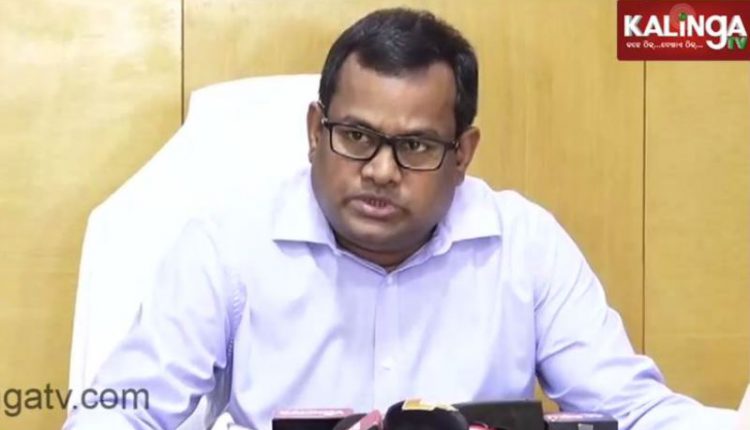 Bhubaneswar: Odisha Special Relief Commissioner (SRC) Bishnupada Sethi on Thursday informed that the state has incurred a loss of Rs 2765 crore and more than 60 lakh people have been affected under the impact of very severe cyclone Titli and subsequent flood.

“2.1 lakh hectares of crop land was damaged and 20422 houses were completely destroyed. In addition to that, 36500 houses suffered minor damages. So, now we are giving primary importance to relief and restoration work especially in areas of health and sanitation,” the SRC added.

Speaking about the health services Sethi said, “54 doctors have been brought from other areas and have been deployed in Gajapati, Ganjam and Rayagada primarily. 86 medical relief centers have been opened while 82 mobile health teams are disinfecting water sources and are doing cleanliness drives. They are also giving ORS packets and Halazone tablets to the needy.”

More details include: 12 Mobile Veterinary Unit vehicles with 52 staff have been deployed to the affected districts. 160 vet doctors, 471 para-vets have been engaged in 755 veterinary camps for ensuring health care measures. 53,467 animals have been treated and 52,620 animals have been vaccinated.

476 metric tonne of cattle feed has been provided and meanwhile 67 road breaches have been repaired. 535 out of 570 roads have also been cleared off of the felled trees.

Out of 121 breaches that occurred in river/saline embankments, 28 have been temporarily closed, 42 are work in progress and repair of 51 others are yet to be taken up.

Out of 174 breaches in canals, 145 have been temporarily closed, 23 in work in progress and work of 6 others are yet to be taken up.

Similarly out of 392 breaches in irrigation canal system, 113 have been closed, works of 160 are in progress and 119 others are yet to be taken up. Meanwhile, 465 out of 662 pipe water supply has become functional.

Sethi concluded by saying, “Review is still in progress and reports from other departments are awaited. Odisha is a cyclone-prone state. In 1971, around 10,000 people had died in Paradip due to a severe cyclonic storm and in 1831, as many as 50,000 people were killed when a cyclone hit Balasore. So, we have been preparing for natural disasters like these from last 20 years. This time due to mass awareness, no one has died in the coastline. No fishing boats were stranded and since we were prepared, the damages were kept to a minimum.”

The SRC also informed that the further additional estimation of damage is underway and a final report in this regard will be submitted to the Centre today.