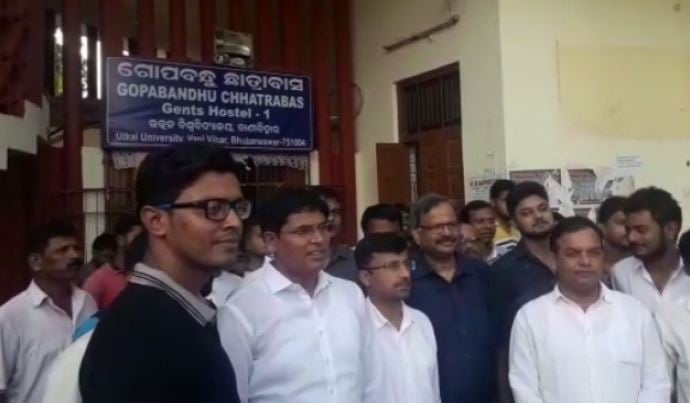 Bhubaneswar: State Higher Education minister Arun Kumar Sahoo made a surprise visit to Utkal University this morning. Sahoo was the former student leader of the university.

Sahoo accompanied by Bhubaneswar (North) MLA Susanta Rout inquired about infrastructure at hostels and several other issues during his surprise visit. The minister also reviewed the progress of other developmental works at the university.

Sahoo reportedly expressed unhappiness over non-utilisation of funds meant for developmental works in the varsity and also directed the authorities for immediate utilisation of the funds.

Earlier on Monday students of the university had gheraoed the Vice Chancellor’s office over a 10-point charter of demands and had later barged into the latter’s office. The main demands of the students included shifting of the main gate (entrance) and better infrastructure in hostels.