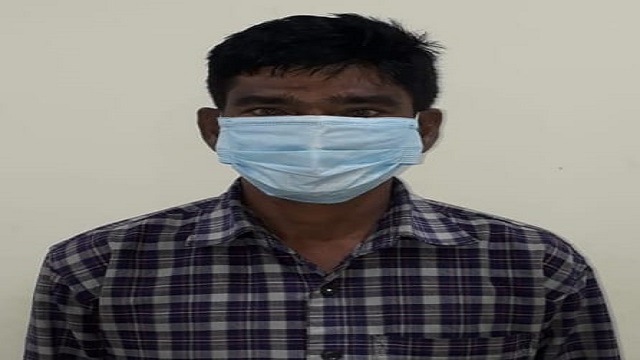 The offender was arrested from village Baranaldaha under Palasipara Police Station (WestBengal) with the assistance of local police.

The hardcore absconding interstate drug trafficker has been identified as Sk.Lalu aka Lal
Mohammad of Baranaldaha, under Palashipara police station of Nadia, West Bengal.

In this case, contraband brown sugar 01 kg 043 grams was seized from the possession of accused person Safikul.

During interrogation accused Safikul confessed that he procured the brown sugar from the above noted accused.

The arrested accused was one of the masterminds in the instant case as well as a noted inter-state drug trafficker (Heroin/brown sugar).

He was absconding since occurrence of the case. Soon after his arrest he was produced before the local court of CJM, Tehatta Nadia, West Bengal.

The judge granted 5 days transit remand to produce before the trying court that is District and  Sessions Judge-cum-Spl. Judge, Cuttack.