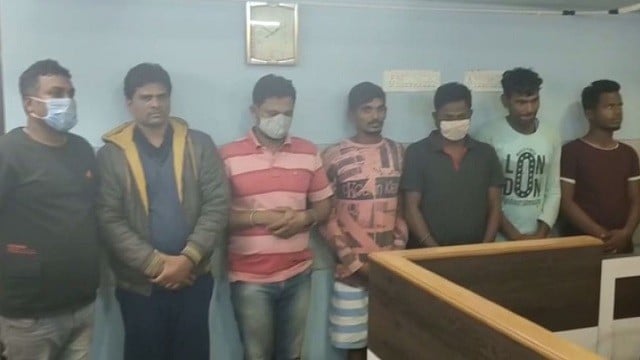 According to reports, police conducted a raid on the house of one Surya Patra at Shanti Nagar area in the city yesterday and seized three copper Hanuman coins, two motorcycles, magnet, and other incriminating items.

Cash worth Rs 1.5 lakh was also seized from the possession of the arrested persons who have been identified as Anil Kusum, Pradhan Mohapatra, Suresh Meher, Akshay Kumar Patra, Jayram Patra, Jayant Pradhan, and Bijay Kumar Bag.

Surya Patra, owner of the house, however, managed to escape from the spot during the raid.

Sources said that police have started an investigation into the matter after registering a case under relevant Sections of IPC and Antiques & Treasures Act, 1972.

Why will Someone choose Singal Messaging App over WhatsApp