Shopkeepers have been attacked in a group clash in Bhubaneswar, as long as 20 minutes the railway station became a battleground. 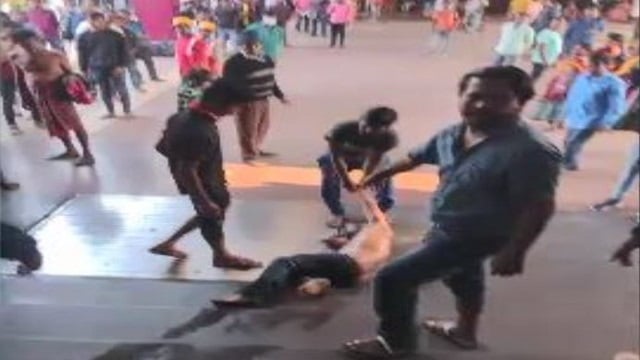 Bhubaneswar: Bhubaneswar has turned into a battlefield in the broad daylight near Master Canteen Square on Saturday.

The street shopkeepers have been attacked in a group clash in Bhubaneswar, and for as long as 20 minutes the railway station became a battleground.

It is noteworthy that anyone who protested or tried to stop the shopkeeper was abused by the miscreants. None came forward in fear of being beaten up.

When the police arrived at the scene, the miscreants fled away. The injured shopkeeper has been admitted to the medical center for treatment.

Kharvel Nagar police station recorded the statement of the injured. The police have raided various places to catch the miscreants.

Yesterday two shopkeepers were attacked due to a disturbance in Station Square.