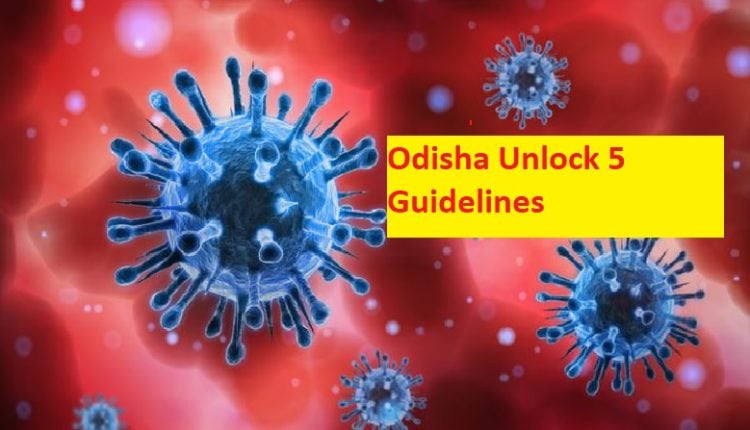 Bhubaneswar: A day after the  Union Ministry of Home Affairs (MHA)  issued Unlock 5.0 guidelines, the Odisha govt  on Thursday  issued fresh guidelines  for several activities till October 31 in view of the ongoing Coronavirrus  pandemic.

According to an order issued by the Office of the Special Relief Commissioner (SRC), several activities, including opening of cinema halls, swimming pools, entertainment complexes, theatres, auditorium, assembly halls and similar places to remain closed across the State till Oct 31.

Schools, colleges, universities will remain closed till Oct 31 with certain exceptions. However, conduct of examinations have been permitted during this period.

Swimming pools owned and controlled by the state govt/recognised by sports dept will be allowed to open from Oct 15 for training of sports persons.

However, in view of by-elections to Tirtol and Balasore assembly constituencies, maximum of 100 people will be allowed for public or political meetings.

The by-elections are scheduled to be held on November 3.

Watch how this scientist deliberately feeds himself to thousands of mosquitoes; Know why