Odisha: Four Including Husband Arrested For Killing Woman And Her Two Children 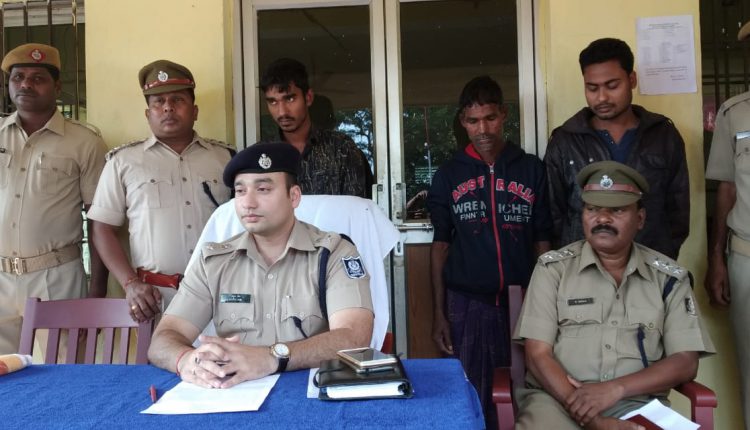 Deograh: Police today arrested four persons including three members of a family for allegedly killing a woman and her two children.

Police have retrieved decomposed bodies of a woman and two minor girls from Janjhari forest near Balinali village under Barkote police limits in the district on November 8.

Police said that marital discord was the reason behind the murder of the woman. “The prime accused Bikram Kumar Pradhan used a sharp weapon to slit the throat of his wife, his 4-year-old son and 3-month-old daughter on October 17. The family members also played a key role in execution of the murder. We are also trying to nab another accused involved in the crime,” said a police official.

Snatcher Tied To Tree And Thrashed In Odisha Village