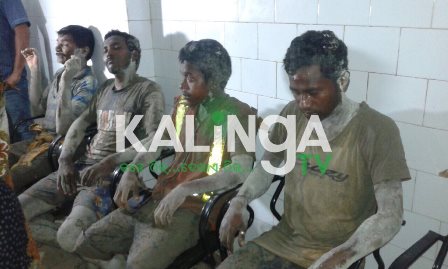 Bhubaneswar: Taking serious note of the flyover collapse near Bomikhal in Bhubaneswar today, Commissionerate Police has registered a case on the mishap on its own and will begin a thorough investigation into the matter.

Informing about the case, DGP RP Sharma said that stringent action will be taken against those found guilty after the investigation.

“Rescue work is already is over. However, the removal of the debris is still on. The Commissionerate Police has registered a case and stringent action will be taken against the guilty,” informed Sharma while speaking to the reporters.

While a man identified as Satyabrata Patnaik (40) of Jharpada was killed in the mishap, over 20 others, including the minor daughter of Patnaik, were injured as a portion of an under construction flyover at Bomikhal collapsed earlier today.