Dhenkanal: ‘Filmi Chakkar’, a three-day event themed ‘Cinema in the age of OTT’ was inaugurated today in the Indian Institute of Mass Communication (IIMC) here. The event includes seminars, discussions, workshops and screening of films.

National award winning film director Himansu Khatua, who also happens to be the Director-School of Mass Communication and CEO, School of Cinema, KIIT Deemed to be University and Managing Director of Kalinga TV graced the occasion as the chief guest. 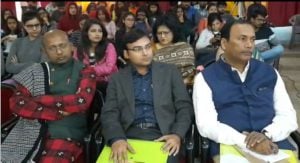 A book on public relation corporate communication was released on this occasion. 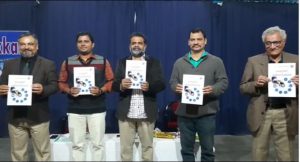 Later, a seminar was hosted on the inaugural day to discuss the changing dynamics of cinema through the online streaming services, popularly known as Over the Top (OTT) platforms, compared to its traditional version.

A film appreciation programme will be organised in the second and third days. The appreciation course, curated by Dr Piyush Roy, will deliberate on how to critically review a film, film reporting, and various aspects of writing on films, among other things.

Selective films will be screened on all the three days during this event.