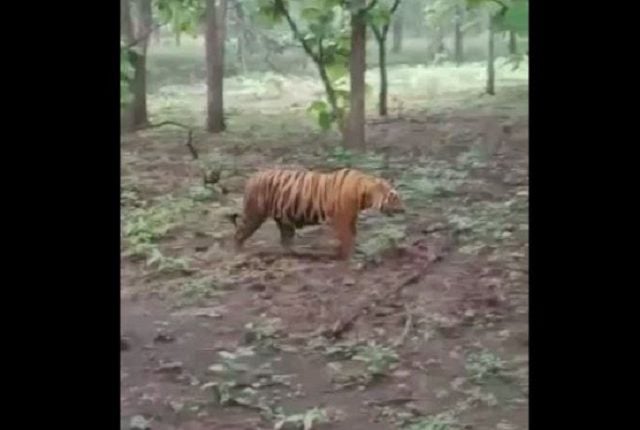 Keonjhar: A spine-chilling video of a Royal Bengal tiger roaming around freely at Kumulabahali jungle under Patna block at Keonjhar district has gone viral.

In the video, a Royal bengal tiger can be seen roaming inside the jungle and it has been shot by some locals. After the video has gone viral, fear gripped the village in Keonjhar.

On being informed, Patna Ranger Tikeshwar Mahanta and other forest officials visited the Kumulabahali jungle.  The video that has gone viral may be from other jungle and we found no traces of foot marks of the tiger inside the jungle, informs forest officials.