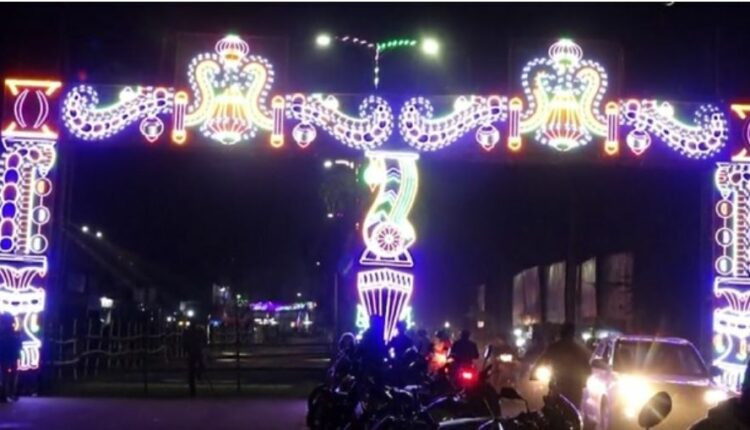 Bargarh: The world famous Dhanuyatra will commence in Bargarh town of Odisha from tomorrow. The massive festival will continue till January 6, 2023.

Different photos have been drawn on walls at different locations depicting episodes from the mythological happennings of the Tretaya yug.

The Bargarh town has been illuminated for the upcoming festival. The residents of Bargarh are much excited to witness Dhanuyatra because the famous festival is being organised after a gap of two years which had been cancelled due to the pandemic.

If women shower blessings, BJD will continue to serve Odisha for 100 years: Patnaik