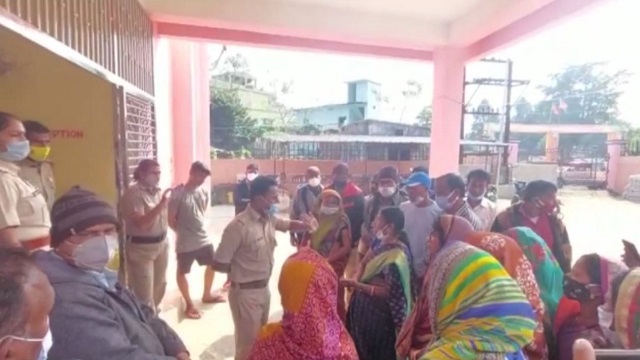 Jajpur: Tension gripped in Binjharpur are in Jajpur district of Odisha on Saturday after the family members of a woman who died earlier, accompanied by other villagers gheraoed the Police station in Binjharpur area. As per the protesters, only the husband has been arrested in this connection while others are yet to be nabbed.

The accused who has been arrested has been identified as Bijay, husband of the deceased.

Omicron can be more lethal for children than Delta: Experts