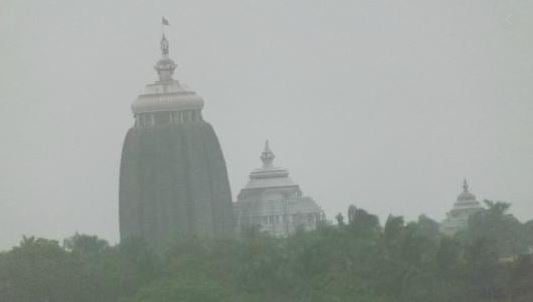 Traffic snarls were caused due to the thick fog. People felt as if the Shree Mandir had disappeared. The roads leading to Puri were so heavily enveloped with fog that the commuters and tourists faced a lot of problems.

The entire state was enveloped in a dense blanket of fog today. Many places in Odisha including the state capital experienced problems in road visibility.

The people seemed confused and clueless. According to the local Met Department Odisha shall experience such dense fog for the next 3 to 4 days. A caution has been issued to all drivers.

The Met Department has further said that there may be a rise of two to four degrees in the temperature of the entire State. People might get a noticeable relief from the teeth clattering cold that was being experienced since the past few days.

21st to be an Indian century: Bezos