Several commuters along with their bikes, four wheelers and a bus were trapped Puri: All the commuters, who were trapped in the floating bridge (Bhasa Pola) inside Chilika Lake water in Brahmagiri area of this district in Odisha are reported to be safe. Chilika Development Authority (CDA) Chief executive officer Sushanta Nanda intimated about it. 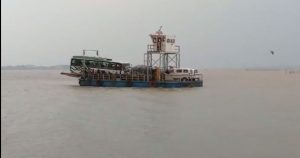 As per reports, several commuters along with their bikes, four wheelers and a bus were trapped on the floating bridge in the middle of Chilika water near Brahmagiri. The bridge had went out of track due to heavy wind. 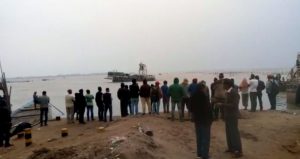 The trapped passengers were travelling from Janhikuda ghata to Satapada on the floating bridge. As per latest reports, all the commuters along with their vehicles were rescued and are safe by now.