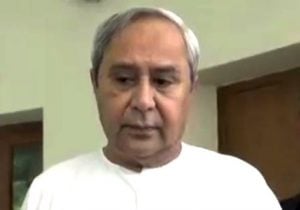 Bhubaneswar: Odisha Chief Minister Naveen Patnaik has urged Prime Minister Narendra Modi not to allow construction of the multipurpose Polavaram Project until all the pending issues are finally settled in the Supreme Court.

In a letter to Modi on Dated November 28, Patnaik said, “It is unfortunate that the construction of the Project is going on at a rapid pace despite the pendency of the matter in the honourable Supreme Court and despite my previous letters on the subject.”

The Chief Minister mentioned that the project does not satisfy norms to become a national project even as the Centre has given this status to the project.

The Chief Minister also apprised the Prime Minister that the Andhra Pradesh Government has unilaterally taken up the project even before obtaining the clearance of Central Water Commission (CWC) on plans and design that are in violation of GWDT Award and as such not agreed by the States of Chhattisgarh and Odisha.

“The magnitude of the consequence that the people of Odisha will have to face viz. the submergence of tribal lands, the flooding of fertile agricultural lands, mass displacement of villages, all of which can be avoided if only an opportunity is given for a final resolution of the disputes pending before the Supreme Court,” the Chief Minister wrote.

In October 10, Patnaik had written a letter to his Andhra Pradsh counterpart requesting him the construction work of the project should immediately stopped and should not be started till issues concerning Odisha are resolved.