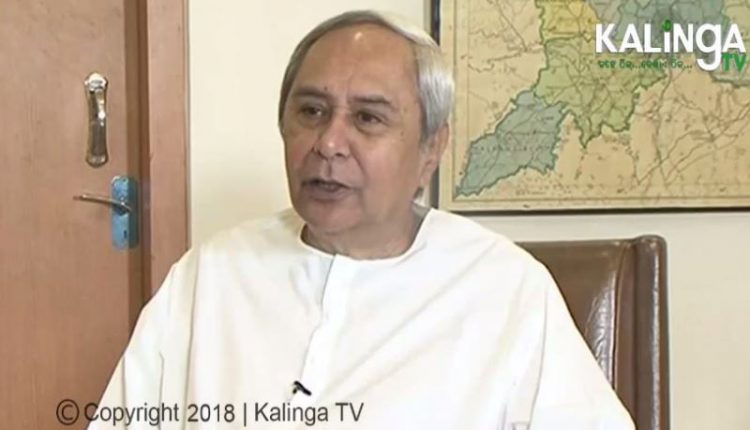 Bhubaneswar: Odisha Chief Minister Naveen Patnaik on Thursday wrote to Prime Minister Narendra Modi seeking his intervention to stop the construction works of the Polavaram Project until all the pending issues are finally settled in the Supreme Court.

In a letter to PM Modi, Patnaik said, “It is surprising to note that the Ministry of Environment, Forests & Climate Change (MoEF & CC) has kept the Stop Work Order in abeyance for the Polavaram Project from 03.07.2018 to 02.07.2019.

“I had addressed a letter to MoEF & CC Dr. Harsh Vardhan on June 2 wherein I had categorically requested to stop the construction of Polavaram Project on the several grounds,” Patnaik said.

The CM stated that the MoEF & CC earlier had decided to keep the Stop Work Order in abeyance for one year based on the letter of Chief Minister of Andhra Pradesh on April 25, 2015 subject to several conditions.

“The office memorandum of MoEF & CC dated 23.06.2015 had stated that, ”The Government of AP earlier assured not to impound the reservoir of the Project till the issue raised by the State of Chhattisgarh and Odisha are resolved. This Ministry re-iterates this and as. Andhra Pradesh Government not to impound the Reservoir without specific permission from this Ministry,” the CM added.

“The office memorandum of MoEF & CC on June 23, 2015 also stated that, “The government of AP has assured that it would bring about changes in design and operating parameters of the project in case so warranted as a result of public hearings in Chhattisgarh and Odisha and such changes would be carried out in consultation with the CWC and the consent of all the states,” the CM went on to state.

“In spite of my above mentioned letter, the Ministry of Environment, Forests & Climate Change on July 10, 2018 has kept the “Stop Work Order” in abeyance for a further period of one year with effect from 03.07.2018 subject to the same terms and conditions as mentioned in the office memorandum dated 23.06.2015,” the CM pointed out.

The construction of Polavaram Project is likely to be completed within the given period by MoEF & CC from 03.07.2018 to 02.07.2019, which will result in impounding of the Polavaram Reservoir, thereby causing submergence in the Malkangiri district of the State of Odisha.

It is also worthwhile to mention that the construction of embankments requires diversion of forest land and will adversely impact the tribal villages and the tribal people in Malkangiri district.

The stipulations given for the Forest Clearance by MoEF & CC and for the R&R clearance by the Ministry of Tribal Affairs cannot be complied by the Government of Andhra Pradesh for the construction of the embankments in Odisha as Per the National Standards following the guidelines and relevant BIS Codes.

“I am writing this letter to draw your personal attention on the magnitude of the consequences that the people of Odisha will have to face viz. submergence of tribal lands, flooding of fertile agricultural lands and mass displacement of villages, all of which can be avoided if only an opportunity is given for a final resolution of the disputes pending before the Supreme Court,” the Odisha CM said.

“The Polavaram Project can be reformulated as per GWDT award without causing large scale submergence in the States of Odisha, Telangana and Chhattisgarh. If the project is allowed to be completed before the resolution of all the pending issues, it will cause permanent injury to the interest of the State of Odisha and its people,” he said.

“In view of the above, I would earnestly request you to kindly intervene in the matter and give directions to cancel the order dated 10.07.2018 of MoEF & CC and to stop the construction of the Polavaram Project until all the pending issues are finally settled in the Supreme Court,” Patnaik added.