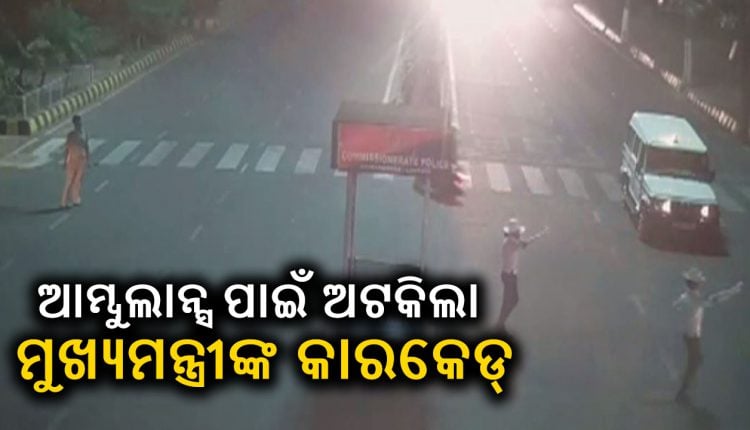 Bhubaneswar: It was sunday evening when Odisha Chief minister Naveen Patnaik’s Carcade was stopped by a police constable. The incident happened near Capital Hospital of the city around 7:45pm.

CM Naveen Patnaik was returning after attending a ceremony in the town, when his Carcade was stopped midway near the capital Hospital by Police Personnel. It took some time to figure out that an ambulance was on its way to Capital hospital and hence the clearing of the traffic.

This incident has set examples among the citizens of the city. Few days back in a similar incident an ambulance couldn’t reach hospital on time causing death of patient. The act of selflessness by the Chief Minister is worth appreciable.