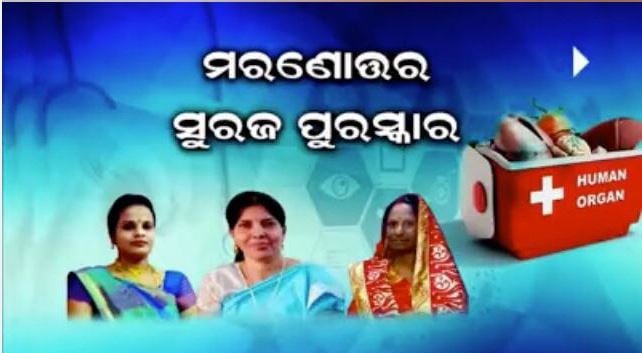 Bhubaneswar: Odisha Chief Minister Naveen Patnaik felicitated three families of Odisha on Thursday with the Suraj Award through video conferencing. Suraj Awad happens to be the annual award announced by the state government in November 2019 to promote organ donation.

The award has been given to the families of late Priyankarani Patra of Digapahandi in Ganjam district, late Suchitra Das of Bhubaneswar and late Rajalaxmi Das of Delanga in Puri district. A sum of Rs. 5 lakh was provided to each of the families as the award money.

In November last year Odisha Chief Minister had announced an annual award to encourage organ donation in the name of Suraj, whose organs were donated by his parents after he was declared brain dead on November 2.

Suraj was a resident of Bhanjanagar in Ganjam district and was working in Surat. He met with a fatal road accident on October 29. The doctors declared him brain dead on November 2.

His parents were contacted by a local NGO. They decided to donate his organs to save the lives of others. Accordingly, his heart, liver, two kidneys and both the eyes were transplanted to help six persons.