Kalahandi: Odisha Chief Minister Naveen Patnaik on Thursday visited Kalahandi district and dedicated a slew of projects worth more than Rs.2000 crore.In this one day visit he inaugurated 54 projects while laid the foundation stones of 52 projects.

The inaugurated projects and the projects for which the foundation stones were laid today include lift irrigation projects, Food Parks, new electric feeder lines, a new bus stand in Bhawanipatna, roads and bridges.

“Kalahandi is not the laboratory of poverty, but it is the model of development,” said the CM in a meeting.

On this occasion Patnaik narrated about relation between Biju Patnaik and Kalahandi while addressing the people in a meeting held at Mangalpur in Jaypatna block.

He said that in the nineties when Biju Babu was the CM of Odisha, some boys had pelted stones at him in Bhawanipatna when he was in a visit to Kalahandi. 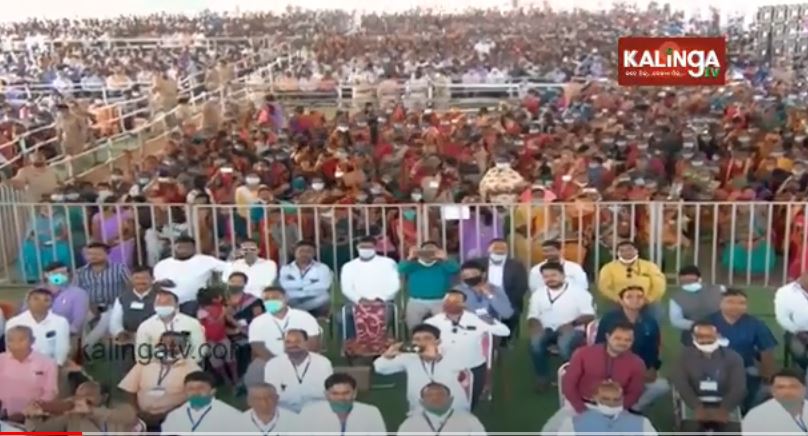 “When I asked about it, Biju Babu said that the residents of this district love him and vice versa and he will put 10 times effort of the blood that he shed in this soil,” Patnaik said.

Youth killed as truck hits his scooty in Odisha’s Jajpur…

After becoming the CM in 2000, when I got a chance to serve mother Odisha I recalled his words which inspired me to work for the development of Kalahandi. Over the years Kalahandi has achieved many things, Patnaik added.

Admiring agricultural achievement of the district Naveen said that the geography of hunger has transformed now into a rice bowl. Kalahandi is second in the top list of rice producing districts in the state. Besides, it is also supplying rice to the PDS system of the country. This has become possible due to the hard effort put by the the people of this district, he said.

Irrigation facility in the district has improved three fold. Besides, Kalahandi has become the ‘Best Performing district’ for its success in the field of health and nutrition.

Patnaik also said that in 2000 the infant mortality rate of Kalahandi was 76 per thousand while the maternal mortality rate was 432 per thousand. However, due to the different programes by the State government the rate has considerably dropped.

The CM gave all credits of development to Indravati River. Hence, a museum and garden will be made. A temple will also be built in this garden. The museum will narrate the tale of development of Kalahandi, he said.

Among others, ministers Tukuni Sahu, Raghunandan Dash and Dibya Shankar Mishra were present in the meeting. In the cultural programme the Prince Dance Group presented a ballet that showcased development of Kalahandi.