“There have been frequent agitations regarding the non-withdrawal of these drafts notifications and there is serious apprehension that this will lead to widespread agitation and disturb the day to day religious rituals in the temples,” Mohapatra wrote in the letter.

“This kind of atmosphere in temples is bound to hurt the religious sentiments of lakhs of devotees,” the letter also said.

“It is also suggested that NMA may have a stakeholder consultation including sevayats, temple administration and the State Government, on these sensitive temple matters where the living deity and rituals are interlinked,” Mahapatra also wrote in the letter. 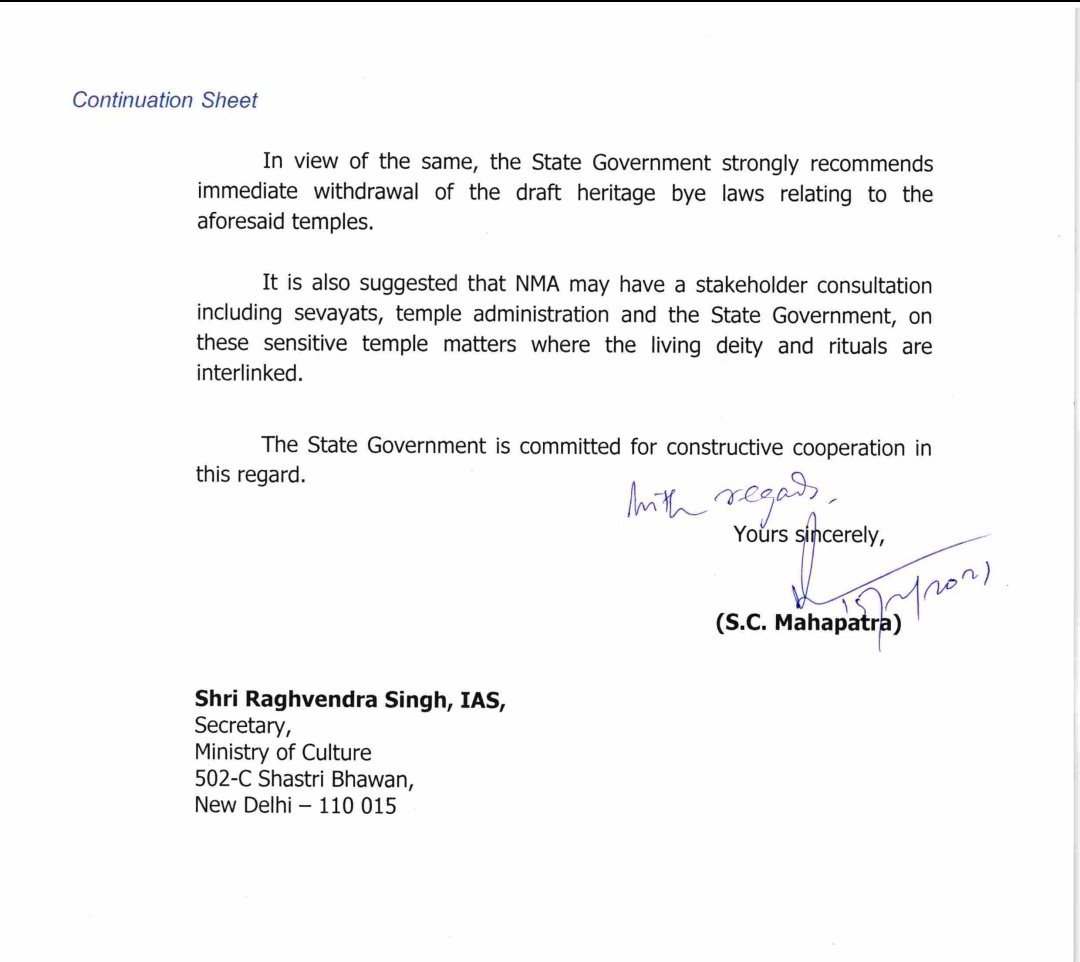