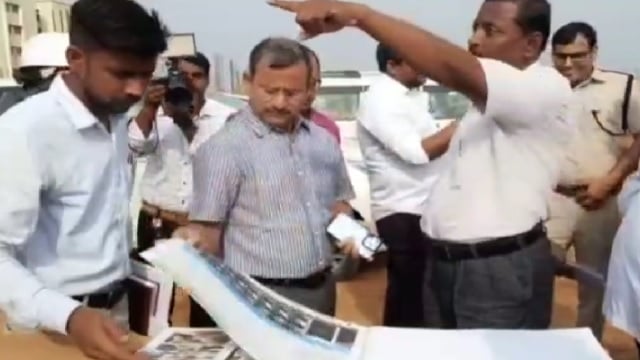 Reportedly, Mohapatra has directed the departmental officials to review the progress of the hockey stadium and complete the construction work as soon as possible.

Chief Secretary Suresh Mohapatra is inspecting by visiting the stadium on a regular basis. The roads connecting to the stadium are also being developed. The gallery of the main stadium and the stadium for the practice of the players is in progress. There are also plans to hold practice matches before the World Cup.

Special arrangements are being made to accommodate 200 hockey players on the Biju Patnaik University of Technology (BPUT) campus. Efforts will soon be made to prevent crime by installing CCTV cameras in various places in Rourkela.

Rourkela Airport is also undergoing a variety of infrastructure projects as the target is to complete the construction by October, said Chief Secretary Mohapatra.

After the construction work is completed, direct flights from Bhubaneswar to Rourkela will be available so that during the Men’s Hockey World Cup, players can reach Rourkela by flight.

Odisha will host the Men’s Hockey World Cup in 2023. The world cup matches will be held jointly at Kalinga Hockey Stadium Bhubaneswar and at Birsa Munda International Hockey Stadium. The stadium will have a spectator capacity of over 20,000. Practice turfs, an advanced fitness center, and floodlights for nighttime matches have been provisioned at the stadium.

Adding to it, post the Rourkela tour he will visit the Tensa area of ​​Sundargarh district to review various development programs of the state government.