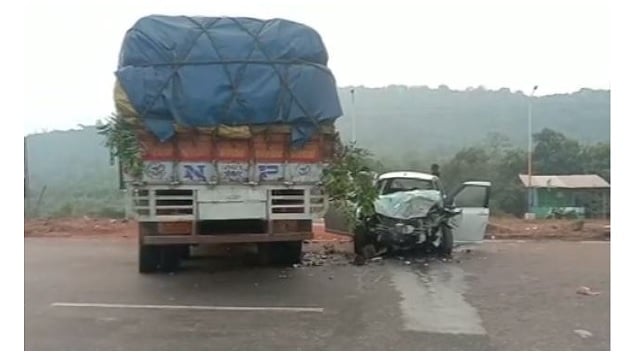 Tangi: In a tragic incident four people have lost their lives in a road accident. The incident took place in Badapokharia which comes under the jurisdiction of Jankia police station in Khurda district of Odisha.

As per sources, the car rammed into the backside of the truck, causing devastating impact which caused the death of the passengers.

All the passengers inside the car- two men and two women- lost their lives on the spot.

According to the reports procured by reliable sources, the passengers were traveling from Andhra Pradesh to Puri. Their destination was Jagannath Temple in Puri.

The dead bodies have been taken into custody by the police and sent for postmortem.

After taking custody of the bodies, police has started the preliminary investigation into the incident.

Further details awaited in this matter.