Bhubaneswar: Two senior IAS officers of the Odisha-cadre Manoj Ahuja and Arti Ahuja have been appointed as the Secretaries in key posts at centre. They were given the new appointments following the approval of the Appointments Committee of the Cabinet (ACC) under the Ministry of Personnel today.

According to reports, Ahuja, an IAS officer of the 1990-batch, has been appointed as the Secretary of the Ministry of Agriculture & Farmers Welfare.

Currently, he is serving as the Chairman, Central Board of Secondary Education, Ministry of Education, in the rank of Secretary to Government of India. 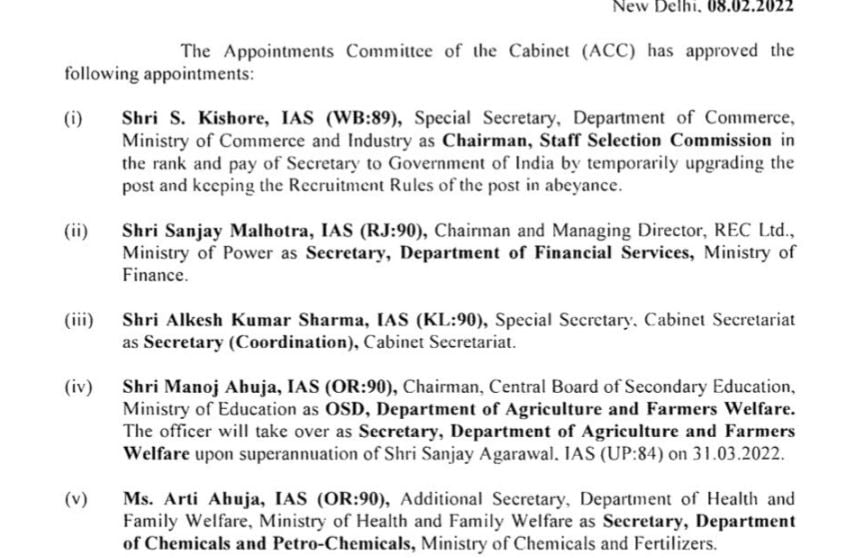 Beware mobile phone repairing shop owners! You will be arrested if do this