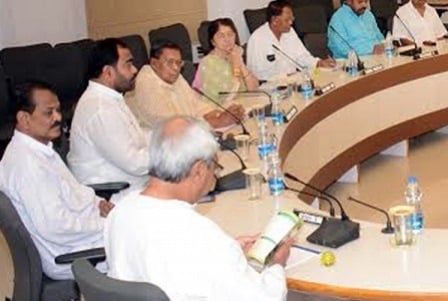 Chief Minister Naveen Patnaik had earlier announced the implementation of 7th Pay Commission recommendations on pay hike for in-service employees and pensioners of the state government.

The cabinet also gave its nod for seven other important proposals, including the new agreement with the IOCL relating to the Paradip Refinery and Mobile Towers, Optical Fibre Cable (OFC) and Related Telecom Infrastructure Policy-2017.

“Special provisions have been made in this policy for KBK and LWE affected areas. It will help in establishment of modern telecommunication infrastructure to provide high speed internet in rural areas. It will also improve terrestrial broadband connectivity in both urban and rural areas,” said a press note issued by the government after the cabinet meeting.

The Cabinet also gave its nod to ‘Food and Procurement Policy for Kharif Marketing Season 2017-18’. A tentative target of 36 lakh metric tonnes of rice has been fixed (in terms of paddy this comes to around 53 lakh metric tonnes).

Kharif paddy will be procured during the period from November 2017 to April 2018 and Rabi paddy during May and June 2018, the note said.