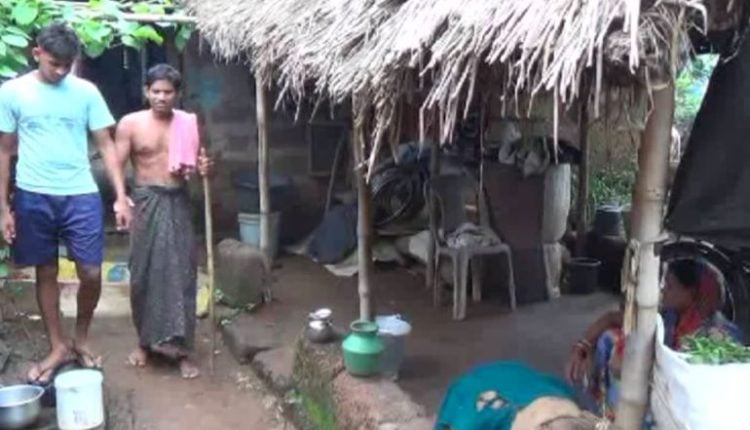 Khordha: A teacher from Begunia block in this district of Odisha has sought financial help for his poor family. He lost vision in both the eyes 20 years back after which he could not provide tuition to the students. Now, his elder son, a good student has opted out to work in a saloon to support the family.

As per reports, Jagannath Barik of Lalitadeipur under Durgapur panchayat in Begunia block was living happily with his two sons and wife. However, approximately twenty years back he fell ill. He spent almost all of his income and recovered but lost his vision in both the eyes following which his dark days of life started.

As Barik became blind he could not provide tuition to the students from which he was earning his livelihood. Hence, after some days, his elder son, who is a meritorious student had to leave study and work to run the family. He works in a saloon and provides financial support to the family and supports study of his younger brother with his meagre income. The family has a ruined thatched house which needs immediate makeover but the family is not able to do so because of poverty.

The teacher gets physically handicap stipend. But this is enough to maintain the four members’ family.

Under these circumstances, the blind teacher has urged government to provide financial for the family so that the elder boy can continue his academic study and they can get a house to live. The locals have also urged to provide help to the blind teacher.