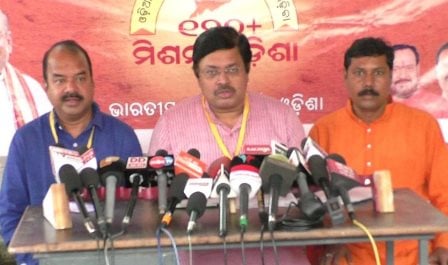 Bhubaneswar: Odisha BJP has decided to hold a state-wide week-long demonstration against the alleged corruption of the state government. The saffron party took the decision during the state executive meet at the party headquarters office today.

State general secretary Prithviraj Harichandan said that BJP will protest from October 12 to 18 across 1001 mandals in the state against alleged corruption by the state government.

BJP’s demonstration is considered to be a counter attack on ruling BJD’s Jan Sampark Padyatra. The protest will begin a day after completion of BJD’s Padayatra on October 11.

BJD supremo and Chief Minister Naveen Patnaik had launched the Padyatra yesterday in a bid to highlight the central neglect towards Odisha and spread the word about the achievements of BJD government. The CM has also attacked the NDA government over several issues.