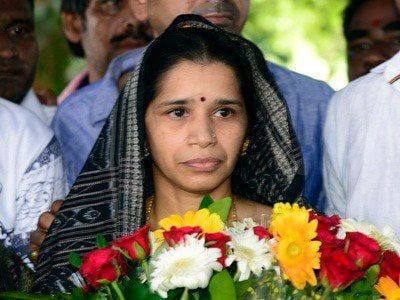 “Rita Sahu will be the Biju Janata Dal candidate for the Bijepur election. I am indebted to the people of Bijepur for the affection and regard that they have showered to me. Bijepur would continue to be a focus area for welfare and development,” said BJD President and Chief Minister Naveen Patnaik while announcing the name of Rita Sahu as BJD candidate for the bypoll.

Sahu, the wife of late Congress MLA Subal Sahu, was elected as the Bijepur MLA on a BJD ticket in February 2018 following the death of her husband in August 2017. She defeated her nearest rival Ashok Panigrahi of the BJP by 41,933 votes.

In 2019 General elections, BJD supremo Naveen Patnaik contested from Bijepur seat as well as  Hinjili in Ganjam district and emerged victorious from both the constituencies.

Later, the Chief Minister retained Hinjili seat from where he has been winning from 2000 in a row and resigned from Bijepur.

While the Congress has announced Dilip Kumar Panda as the party’s candidate, Opposition BJP is yet to announce its candidate for the bypoll.