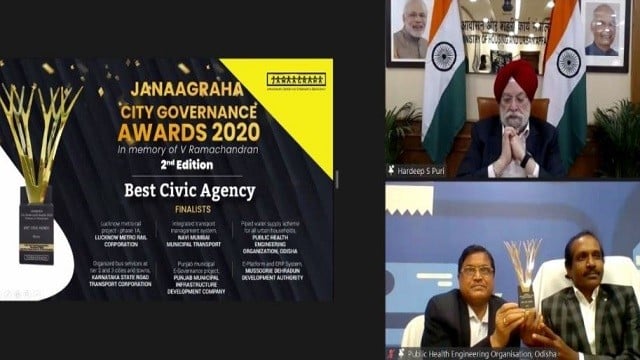 Bhubaneswar: It is a matter of great pride for the people of entire Odisha, that the State has got two national awards for its JAGA Mission and Piped Water Supply Scheme on Tuesday.

While the JAGA Mission of the Housing and Urban Development Department of Odisha won the Best State Award, the Public Health Engineering Organisation (PHEO) won the Best Civic Agency Award for universal access to the piped water supply.

Odisha won the awards by competing with 54 applicants from 17 States.