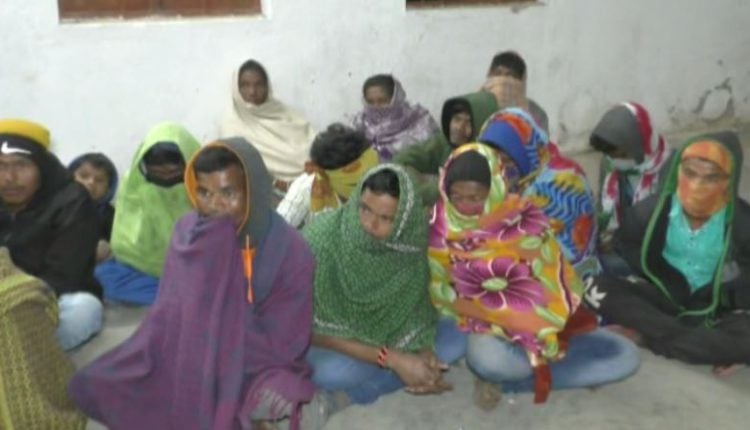 Kantabanji: The Odisha police on tuesday rescued as many as 29 bonded labourers,including 8 children, when they were about to be transported to Hyderabad from Kantabanji Railway Station.

Among the bonded labourers rescued from the railway station, 18 were men and 11 were women.

Based on reliable information, during night patrolling Bangomunda police intercepted two auto-rickshaws and three bolero at Chhatarang village while the labourers were being transported to Kantabanji railway station and rescued them.

The police also seized the autorickshaws and the cars.

The labourers are from Chhatarang village under Bangomunda police limits.

The lanourers said the middleman  were taking them to Hyderabad to engage them in a brick kiln by paying them Rs 36.000 per head in advance.