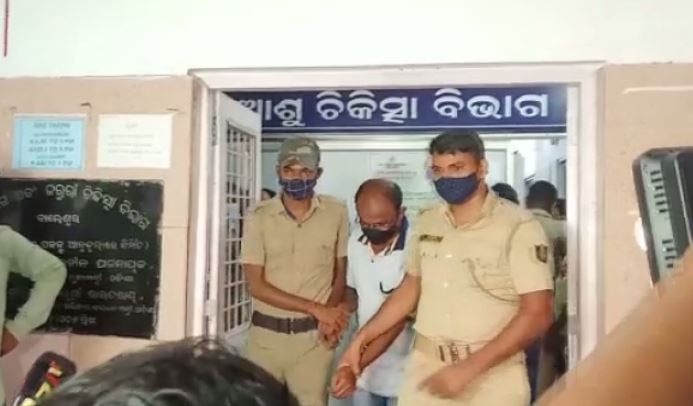 Balasore: A four member Crime Branch team has been formed to probe the espionage case of Chandipur in Balasore district of Odisha. It is to be noted that as many as four contractual employees of the Defence Research and Development Organisation (DRDO), Chandipur had been arrested on charges of leaking classified defence secrets to foreign agents.

As per the order of the DGP Odisha, Crime Branch will take over investigation of the case.

A four member probing team headed by Additional SP Prasant Kumar Bisoyi is heading to SP of Balasore to take charge of the investigation, Crime Branch informed in a tweet today.

As per the order of @DGPOdisha, Crime Branch will take over investigation of Chandipur PS Case No. 76/2021. A four member probing team headed by Addl SP Prasant Ku. Bisoyi is heading to @SPBalasore to take charge of investigation.

It is to be noted that Odisha Police on Tuesday arrested four contractual employees of Defence Research and Development Organisation (DRDO), Chandipur in Balasore district on charges of leaking classified defence secrets to foreign agents. A case was registered in the Chandipur Police Station (Case No 76) on Tuesday under Sections 120-B (punishment for criminal conspiracy), 121-A (conspiracy to wage a war against India) and 34 (act done with common intention) of the IPC and Sections 3, 4 and 5 of the Official Secrets Act.

However, today it was found that the contractual employees had link with a Pakistani woman via social media. The woman wanted to visit the Chandipur missile base. The four arrested were sending information about the Chandipur base to the woman on daily basis. The female agent had identified herself as a resident of Uttar-Pradesh.

The woman reportedly lured all of them to leak secret information of DRDO to her. She showed the desire of visiting the Chandipur base, for that she required a sim card and for that she paid Rs 20,000. She took information regarding DRDO via whatsapp number.

For the second time such a case of espionage surfaced at the Integrated Test Range (ITR) in Chandipur. In January 2015, a former DRDO employee Iswar Chandra Behera was arrested on charge of spying for Pakistan Intelligence Agency, ISI. He was convicted with life imprisonment in February this year.