Odisha: 22 Houses Of 11 Families Gutted In Fire Triggered By Lightning In Bhadrak 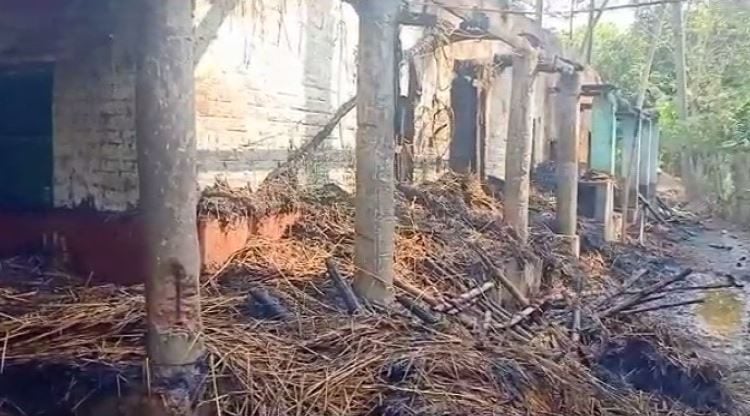 Bhadrak: Around 22 houses of 11 families were gutted in a fire triggered by lightning at Gop Sahi under Tihidi block of Bhadrak district.

Eleven families were rendered homeless, however, no casualty was reported. All the documents, paddy, rice, vehicles worth lakhs were reduced to ashes.

Lightning struck at the house of Krupasindhu Khuntia, Narahari Khuntia, Bishnu Mohan Khuntia and Purna Chandra Khuntia and in no time it spread to other houses as well. Seeing the houses on fire, everyone came out of their houses to save their lives.

The fire broke out last night while everyone was asleep at home accompanied by lightning and thunderstorms.

The villagers tried to douse the flames but in no vain. Later informed the fire department, the fire tenders pressed into service and doused the flames and stop the fire from spreading further.

However, there was no loss of life or injury to anyone in the incident.