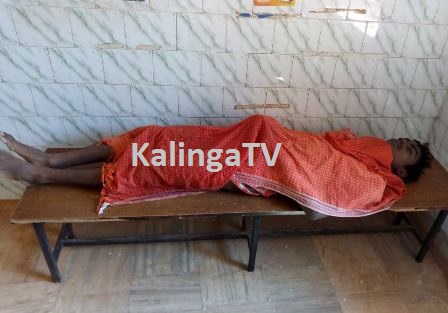 Daringbadi: College picnic turned out to be fatal for a group of students from Bhawanipatna in Kalahandi district, as one of their classmates died after drowning in Duluri nullah here while taking bath on Thursday.

According to reports, a group of students of ABCS Junior College in Bhawanipatna along with their lecturers visited to Daringbadi in Kandhamal district for a picnic by a bus (OR08 G-1808). After reaching the picnic-spot near Duluri nullah early this morning, some of the students went to the nullah to take bath.

Unfortunately, one of the students identified as Dipak Pradhan slipped into the nullah. He was rescued by the fire fighters, who rushed to the spot after getting information. Pradhan was wheeled into Daringbadi Community Health Centre, where doctor declared the Plus Two student brought dead.

A pal of gloom descended on the area, which was crowded by tourists, following the death of the student.