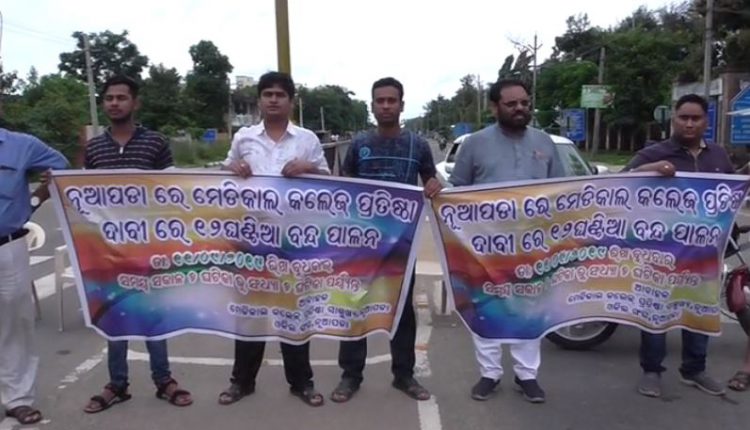 Nuapara:  Normal life was crippled in Odisha’s Nuapara on Wednesday due to 12-hour bandh called by the District Bar Association to press their demand for the establishment of a government medical college in the district headquarter town here.

Vehicular traffic on the roads came to a grinding halt in the town due to the dawn-to-dusk bandh.  Hundreds of vehicles were left stranded both sides of NH 353, which passes through the town.

Commuters had a harrowing time reaching their destinations as the protestors resorted to picketing and road blockade in different places here.

All the mainstream political parties and several organisations have also extended their support to the bandh. Moreover, educational institutions and business establishments remained closed today supporting the bandh call.

The agitators said that they would intensify their agitation in the days ahead if their demand is not fulfilled at the earliest.

Meanwhile, adequate police personnel have been deployed to maintain law and order situation in the town.

‘Dabangg 3’ Motion Poster: Salman Khan Is Back As Chulbul Pandey