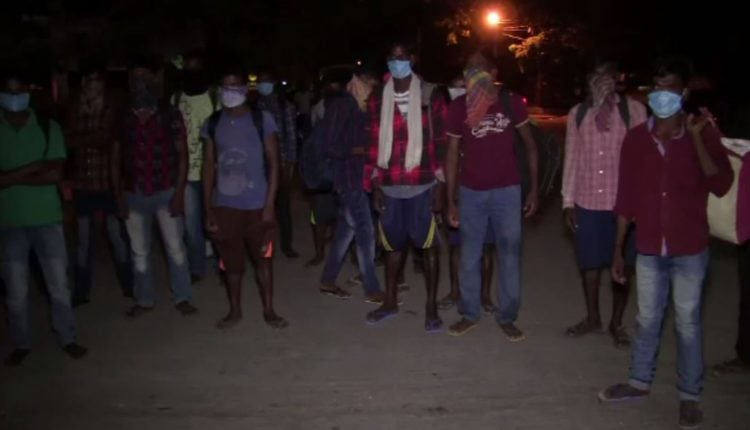 Bhubaneswar/Bengaluru: Odia migrants return from half way, their wish to reach their motherland remains unfulfilled.  According to sources, a group of migrants from Bengaluru had started their journey to Odisha but the circumstances were such that they were forced to go back.

These migrants had started their journey via a bus which would take them the railway station from where they would board a Shramik special train to Odisha from Bengaluru.

But they had to return back as they got the information that the train was full and no more people could be accommodated. It is noteworthy that almost 500 migrants had reached the Bengaluru Station to travel back to Odisha.

Since the train was full the migrants did not know where they would go as they had already given up their rented accommodation. The situation was such that, the Bengaluru police had too intervene. All of them have been asked to remain at the railway station for now. They do want to relent and are adamant on getting back home.

Alia gets a haircut by her ‘multi-talented’ loved one