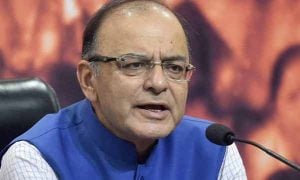 New Delhi: In a major decision, the Union Government on Wednesday increased the income ceiling for the creamy layer of Other Backward Classes (OBC) category to Rs. 8 lakh per annum from the existing Rs.6 lakh in respect of reservation in educational institutions and government jobs.

Addressing a media conference in the national capital yesterday, Union Finance Minister Arun Jaitley said that OBC families earning up to Rs. 8 lakh per annum will not be includedred in the creamy layer.

In another development, the Union Cabinet chaired by Prime Minister Narendra Modi approved a proposal to set up a Commission to examine the issue of sub-categorization of OBCs.

The Commission will work out the mechanism, criteria, norms and parameters, in a scientific approach, for sub-categorization within OBC. It will submit its report within 12 weeks from the date of appointment of the Chairperson of the Commission.