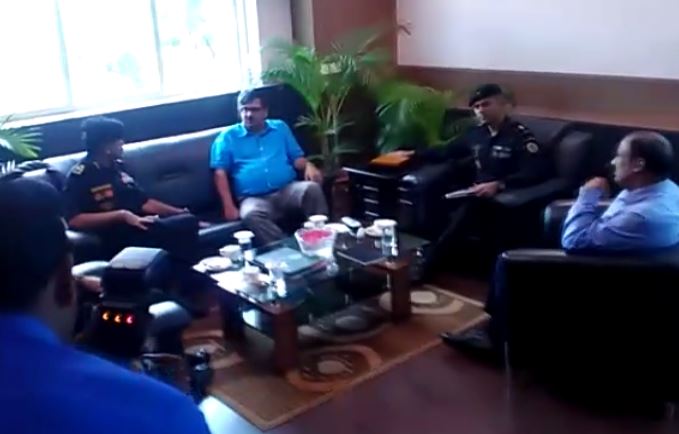 Bhubaneswar: National Security Guard (NSG), the elite anti-terrorism outfit raised by the Union government, will train Odisha police to fight terrorism in the state. This was decided in a high-level meeting held at the Camp Office of the DGP, Odisha here on Wednesday.

According to sources, the NSG team is slated to review the security system at all strategic location in the state like the State Assembly, Secretariat, Airport, Paradip port and Jagannath temple in Puri.

This apart, they will also do mock drill at the State Assembly, Secretariat and Airport and teach Odisha police the strategies to fight terrorism.

Coming as it does two days after the terror attack on pilgrims on Amarnath Yatra, the decision suggests a definite terror threat in Odisha. Significantly, error links have been reported at different parts of the state in the recent past. However, the NSG officials denied any specific threat to the state.

“We came here for training one another and there were no security threats to Odisha. Our meeting should not be linked to Amarnath Yatra terror attack. This meeting was scheduled much earlier. This will help us to have better co-ordination. It is a part of our training,” said an NSG official.