No Surgery at hospitals without ICU: SC 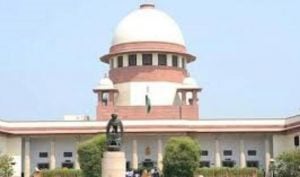 New Delhi: The Supreme Court has held that performing surgery in a hospital without an intensive care unit (ICU) amounted to medical negligence while pronouncing the verdict on a 23-year-old case where a woman died after a hysterectomy at a nursing home in Calcutta.

A bench of Justices A.K. Goel and U.U. Lalit directed Gynecologist Dr. Biswanath Das of Ashutosh Nurshing home in  Kolkata, who performed the operation in January 1994, to pay Rs 5 lakh as compensation to the appellant and legal heir of the deceased woman.

The Court also said nursing homes and hospitals without an intensive care unit facility can’t carry out surgeries on a patient as absence of an ICU poses danger to the patient’s life.

Significantly, the bench expressed serious concern over the inordinate delay in disposal of disputes by various consumer forums, including State as well as National Consumer Disputes Redressal Commission.

The petitioner, Bijoy Kumar Sinha, died while fighting a lengthy 23-year-long litigation over his wife’s death in consumer forums before his son Soumik pursued the case to get justice for his mother in the apex Court.