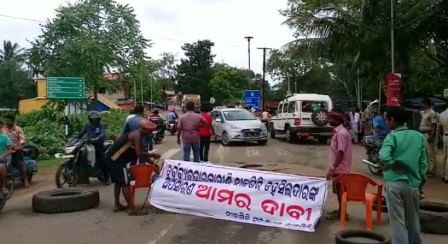 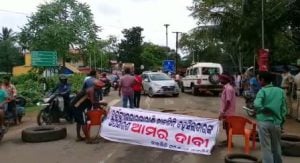 Nilgiri: The Nilgiri Suraksha Manch, which had called a 12-hour bandh in the town today to protest against the alleged misbehaviour of Tehsildar Manorama Bhuyan with former MLA Chitta Ranjan Sarangi, postponed the bandh following an assurance of action on the guilty official given by the administration.

According to reports, the Nilgiri Suraksha Manch had given the bandh call today morning demanding stringent action against local Tehsildar Manorama Bhuyan who it claimed misbehaved with former MLA and Nilgiri Bar Council president Chitta Ranjan Sarangi a couple of days ago over a petty issue. The Manch also claimed that the Tehsildar was involved in money laundering and was resorting to arbitrary measures in the area by cancelling Jan Subidha Kendras and illegally collecting fees from locals through these Kendras.

The agitators postponed the bandh after Additional Collector Manmath Pani held a discussion with them and assured them of action against the concerned official, if found guilty.