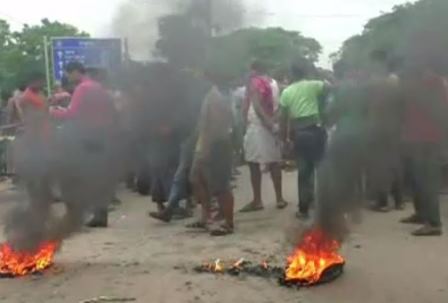 Cuttack: Angry over the failure of forest officials in tracing the serial sheep killers in Niali area of Cuttack district, locals staged a road blockade at Jamugaradi village on the Niali-Phulnakhra road on Thursday.

According to reports, the mysterious killers have claimed the lives of three more sheep in the village late on Wednesday night.Exasperated at the failure of the authorities to stop the killing of sheep, the villagers staged a road blockade at Kaliaghai square this morning by placing the carcasses of their livestock and burning tyres. They also demanded compensation for the loss of the domestic animalskilled.

On the other hand, the special team from Similipal National Park (SNP) claimed to have spotted three big wolves and two small wolves yesterday night. However, they are not sure that the animals are the sheep killers.

Sources said that the forest officials are in action to catch the wolves.