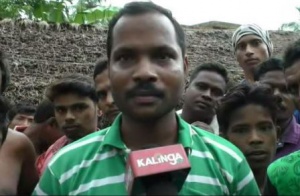 “An animal sat on my chest while I was sleeping around midnight yesterday. When I felt the weight, I just got up and saw the animal which looked like a dog. It was no longer than the average dog and had thick hair on its body. Its tail was also very long. I could not see the face as it was facing towards my legs. Before vanishing from the spot after hearing my shout, it suddenly attacked my mother,” said Biswajit Mallick, the son of Dei Mallick who sustained injuries on her left leg in the attack by the animal.

Dei said that it attacked her when she got up on hearing the shriek of her son.

“I got up on hearing my son shouting, but could not see anything. I think my legs touched the animal when I extended them, following which it attacked me and ran away,” she said. 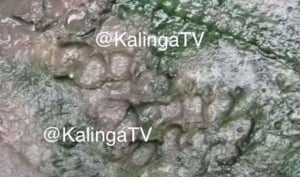 The footprints found on the spot also match with footprints of a dog. The animal also left some scratching marks on the wall of the victim’s house.

The incident has left the locals in a state of fear. They are scared of moving in the village after sunset. Students of the area are also scared to go to the schools as they have the fear of falling prey to the unknown animal.

“The mysterious animal has made us so panicky that forget about playing in the evening hours, we get scared to go to the school even during day time. Earlier, we used to go the schools by ourselves, but after the incident, our parents accompany us and we go to the school in groups,” said Mausumi Mallick, a student.

Meanwhile, the district administration, following the directive of Animal Resources Minister Dr Damadar Rout, has formed different teams to trace the animal. Preliminary probe and autopsy report of the sheep point to the possibility of the animal being a hyena.