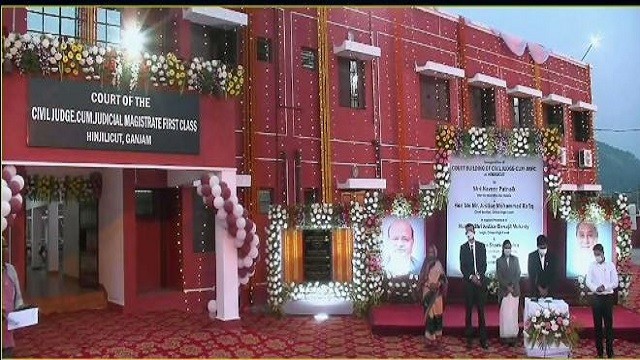 The inauguration of the newly constructed building was done through video conferencing.

The CM congratulated people of Hinjili for the new Court. He also said that Right to Justice is a fundamental right and his Government is committed to strengthen the justice delivery system.

Our government is strongly committed to achieve the Constitutional goal of providing access to justice for the citizens, said CM Naveen during the inauguration.

Speaking on the occasion, Chief Justice of Orissa High Court Justice Mohammed Rafiq thanked the State Government for providing the land for the new court building at Hinjilicut. He hoped that the new infrastructure will go a long way in fulfilling the aspirations of the people.