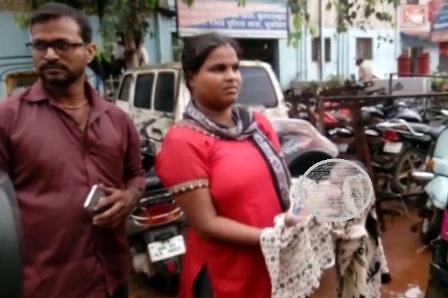 Bhubaneswar: Highlighting the sorry plight of and indifference towards the girl child in the society, the body of an infant girl was recovered from Konark Express at Bhubaneswar on Tuesday.

The mortal remains of the baby girl were recovered by GRP after they were informed by some passengers, who found the body in the general compartment of Konark Express.

“We reached here after getting information from the GRP personnel, who had recovered the dead new born baby from the train. The clip found on the navel of the infant suggests that she had been delivered in a hospital. Whoever may be the mother, it is very surprising to see that there are mothers who have lost all humanity and have no mercy for their children,” said Pradeep Prusty, Chairman, Pradeep Seva Trust, which is engaged in collecting unclaimed bodies to conduct their last rites.

“There are chances that it was the child of an unwed mother, who might have left the child behind in the train fearing the wrath of the family,” Prusty added.

The members of Pradeep Seva Trust, meanwhile, have sent the infant’s body for post-mortem to find out the cause of its death.