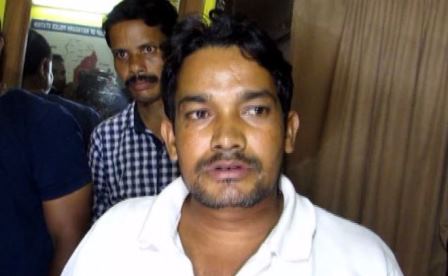 Nayagarh: Nayagarh district police on Sunday arrested an imposter identified as Ashok Kumar for making fraudulent calls to the district Superintendent of Police (SP) posing as an IG of Punjab police.

Kumar had also claimed that he is the nephew of Punjab IG Ishwar Chander.

According to reports, Kumar, a native of Pampada under Banigochha police limits, had approached the Nayagarh SP over phone to get some work done for one of his friends. However, suspecting his identity, the SP had directed the Town police to conduct a probe into the matter. Nayagarh Police soon traced and arrested him.

Jayram Satpathy, Nayagarh SDPO said that Kumar has studied till standard tenth and was staying outside the state most of the time.

“The Punjab IG is my uncle and had given me the card and asked me to use it in case of any trouble,” said the accused.