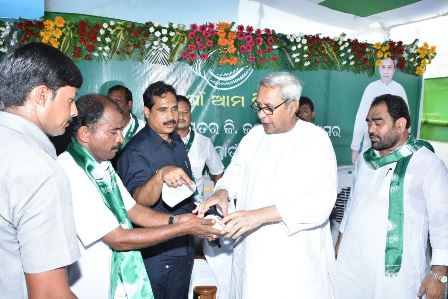 Berhampur: BJD supremo and Chief Minister Naveen Patnaik welcomed many BJP and Congress leaders along with hundreds of their supporters into BJD in Gopalpur area of Ganjam district on Thursday.

Patnaik also interacted with the locals at Jagannathpur and asked them about their various problems.

The Chief Minister also laid foundation stones for a slew of projects in the district and attended an event marking 150 years of Berhampur Municipal Body (now Corporation) at Khallikote ground during his visit to the district on the occasion of Local Self-Governance Day.